Most of the human race suffers some form of neck and back pain during their lifetime just as common as a headache, stomachache or knee pain. “Until it was turned into a medical condition in the early 20th century, back pain was considered an inevitable human experience,” said Canadian surgeon Hamilton Hall, MD. “There is no simple cure because there is usually not a clear-cut precipitating trigger associated with many forms of musculoskeletal pain,” notes Hall. 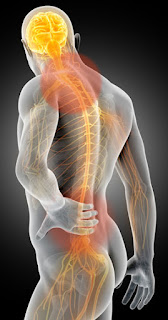 Despite the liberal use of the words “back injury” across modern societies, most episodes of back pain do not have an obvious cause. “Research indicates that approximately two of every three people who experience pain in the spine are unable to identify any specific event that may have caused their problems,” states Hall. Back pain simply happens!

The modern perspective that neck and back pain is a variable, intermittent illness rather than a one-time condition should not be considered a threatening event for most people. In the vast majority of cases, recurrences of these painful conditions are not signs of advancing disease, an omen of chronic disability or even a cause for significant worry.

Some researchers draw an analogy between back pain and upper respiratory infections. Many individuals contract colds or respiratory infections several times each year, yet are typically not viewed as a significant threat to their health. Colds don’t require high-tech diagnostic testing, heroic treatment interventions or significant absence from work. These conditions, like most cases of neck/back pain, simply are bumps in the road.

Intrinsic muscles and joints are inseparable; what affects one always affects the other. Therefore, it is important to work both muscle and ligaments and tendons when addressing back pain symptoms.

As the research rolls in and causality is eventually decided, it is in the client’s best interest to immediately begin routinely scheduled bodywork sessions in conjunction with a specialized corrective exercise regime… regardless of origin. Well structured manual therapy sessions and individualized rehabilitation programs appear to be the treatment of choice for this chronic and sometimes disabling condition that affects an estimated 2 million Americans each year.